Deutschland 83 is a series about the political conflicts between West and East germany. In the third episode which is called “Atlantic Lion” of the first season, the underdeveloped technology of East Germany doesn’t let the officers to read the floppy disc of a NATO official. 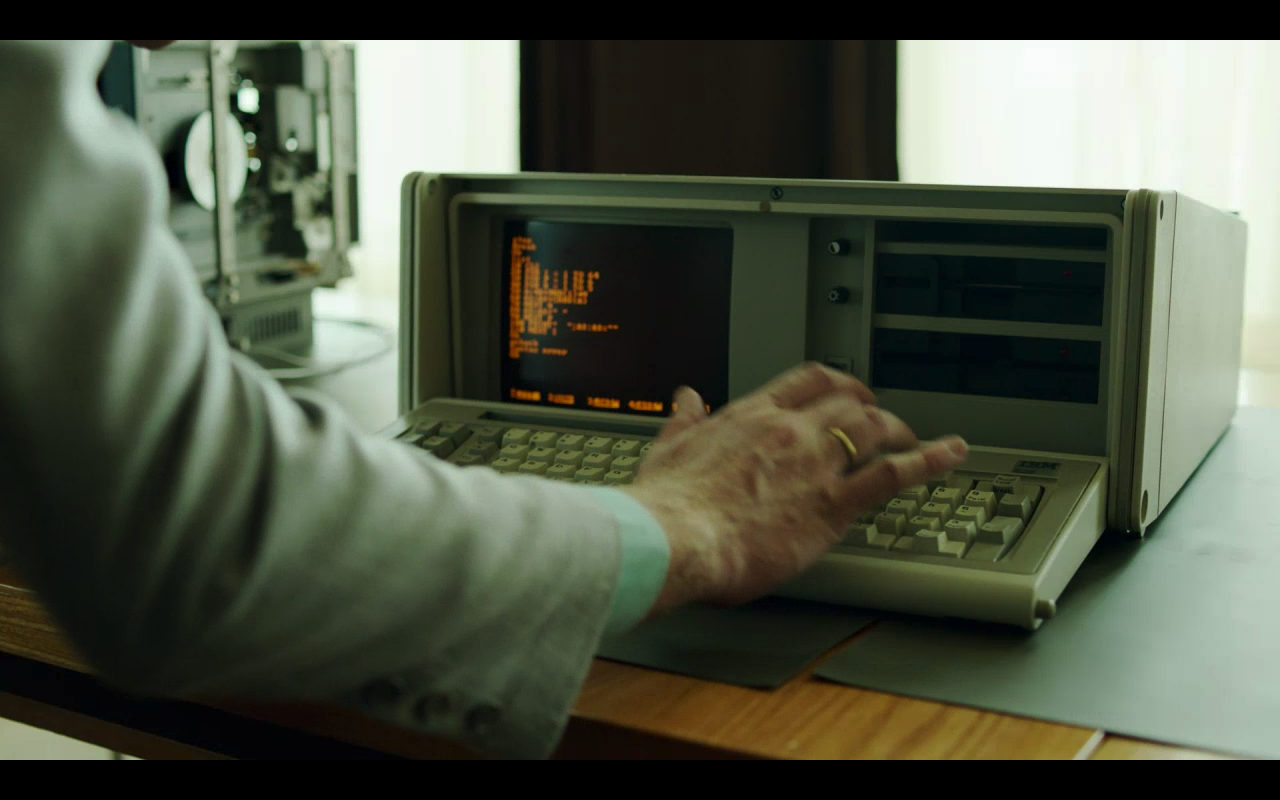 They finally acquire an IBM Model 5155 computer from the West but they find the disc is encoded. When they insert the disc, it starts to print out number with 5 digits as 6 columns and unknown rows of matris. After that, they start to decode it.

On the next scene, we see a code block which generates random numbers on the screen with 3 for loops. As we can see from that, the number of rows is 64 and the matris is all random. Also there are some mistyped letters with Syntax error below. 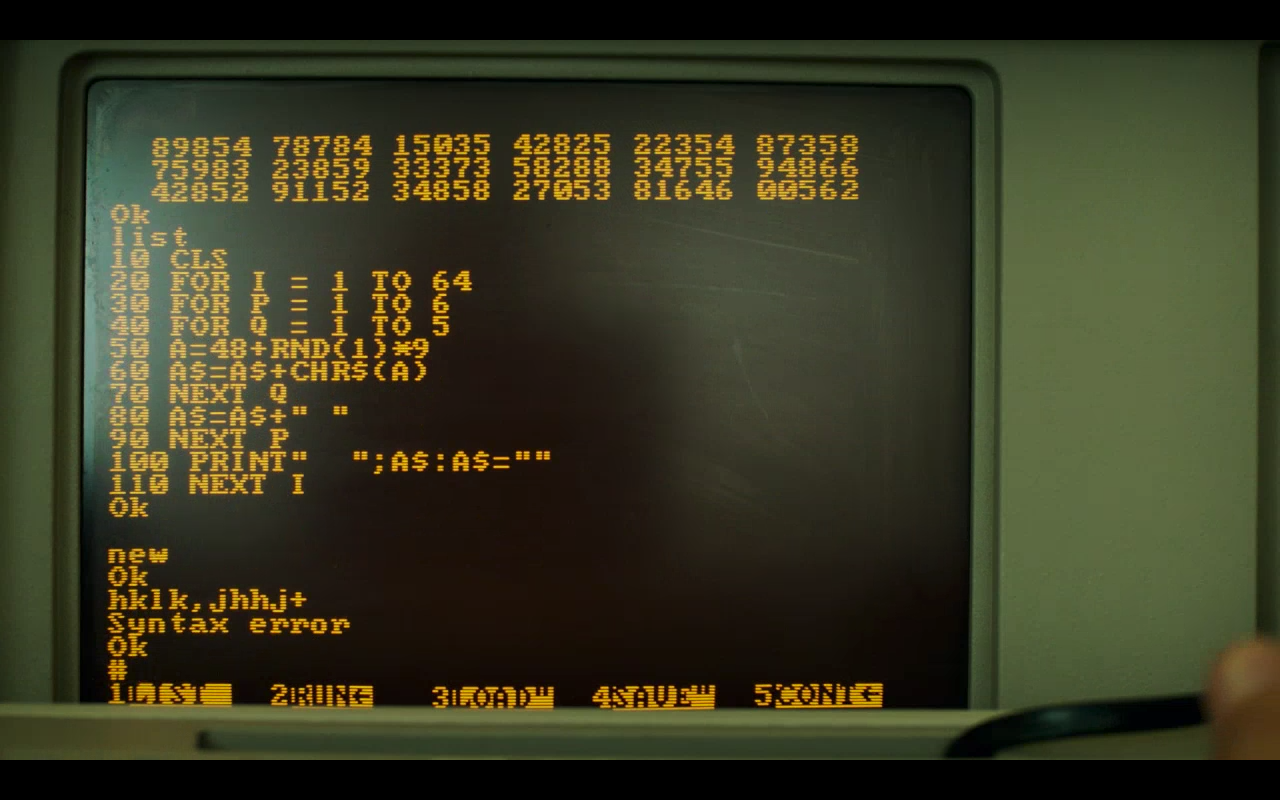 I like to read codes in movies but this time it wasn’t what I expected. Capitalists try to add some fun to this high tension series but making fun of the communists is another thing.